Three strengths stand out in particular:

What are the strengths in detail? What are the contents behind the structure, the statements and the stories that Sinek uses in his talk?

From the very beginning, Sinek establishes a direct connection with his audience. Rather than through eye contact, he asks a direct question, and then formulates a second and more in-depth question. This is followed by the concrete question “Why is Apple so innovative?” This continues with corresponding questions about what Martin Luther King and the Wright Brothers did differently from others – why they ultimately succeeded.

With these three examples, Sinek sets the themes from the very beginning to which he refers again and again in the course of his speech. Thus he maintains a clear structure throughout his speech.

Only then does he bring himself into play: “About three years ago I made a discovery.” He builds up suspense and stimulates the curiosity of his audience, which is about to happen. He reinforces it with the following statement: “Here is the best part!” Sinek leads his audience directly to the main part of his presentation: “The Golden Circle”, which he visualizes on the flipchart. Simple and straightforward, easy to understand without any redundant elements: “Why – How – What”. At this point he picks up on the examples Apple, the Wright Brothers and Martin Luther King that he mentioned at the beginning.

With questions and further examples he forms transitions: “Now let me give you an example of the law of diffusion of innovation”. Sinek concludes with two expressive statements and a very short ending: “Thank you very much!”

Both in science and in the business world, there are countless presentations to this day that lack the common thread. In addition, the speaker’s message often remains blurred and even does not always seem clear to the speaker himself. Great speeches, on the other hand, depend on clear, catchy messages. Early in his presentation, Sinek distinguishes inspiring leaders from others: “They all think, act and communicate in the exact same way, and it’s the complete opposite to everyone else.” He shows that the pattern behind it is “probably the world’s simplest idea” and then draws his so-called “Golden Circle” on a flipchart: a simple pattern, catchy and easy to understand.

Shortly afterwards another main statement follows: “People don’t buy what you do, they buy why you do it.” He repeats this five times in his speech. One could argue whether he is not overdoing. I memorized this sentence well enough that I could recite it in my sleep. Sinek has thus achieved an important goal of good speeches: that his messages stick – even long after the talk.

At the end of his talk, Sinek again brings in two particularly effective statements, summarizing all the previous ones to the point: “Leaders hold a position of power, or authority. But those who lead inspire us…and it’s those who start with WHY that have the ability to inspire those around them or find others who inspire them.”

Of course, words alone do not have a strong effect, but also the right emphasis and the right tempo. In fact, Sinek sometimes talks quite fast. Although he makes pauses between the individual sections of his performance, these are quite short. It almost seems as if he wants to include as much content as possible in the limited time. Apart from that, his words have been carefully chosen, which suggests a very good preparation for his speech.

Storytelling: Stories out of the midst of life

Whether in science or business, presentations thrive on entertaining stories. Dry talks, which are based only on facts and figures, are more quickly forgotten than presentations, which also include personal experiences or lively retellings of stories. Sinek recounts Apple’s success here with his “Golden Circle”: Poor marketing messages from average companies focus on the “What” and the “How”. In the real Apple message, on the other hand, the “Why” is in the spotlight. Sinek continues vividly about “Here is how Apple actually communicates…”, “These are the people who stood in the line for six hours to buy an iPhone…” and “The reason that person bought the iPhone in the first six hours was because they believed…they were first.”

The story of the Wright Brothers is no less pictorially told, which is why I bring more details here. First Sinek integrates Samuel Pierpont Langley as an opponent, then he forms the backdrop in front of which the scene plays at the beginning of the 20th century: “The pursuit of powered man flight was like the dotcom of the day – everybody was trying it.” A nice, easy to understand comparison of technical progress then and now. Sinek also makes opposites clear. This is how he characterizes Langley with the words “…money was no problem…”, “…he was extremely well connected, he knew all the big minds of the day…”, and the Wright Brothers: “…they had none of what we consider the recipe of success: They had no money, they paid for their dream with the proceeds of their bicycle shop…”

Then he resolves the situation: “The difference was: Orville and Wilbur were driven by a cause, by a purpose, by a belief. They believed that if they could figure out this flying machine, it’ll change the course of the world. Samuel Pierpont Langley was different: He wanted to be rich, and he wanted to be famous. He wasn’t pursued of the result, he wasn’t pursued of the riches…[he] just worked for the paycheck.”

The whole story is told by Sinek in just over two minutes: Catchy, all the important things are brought to the point and at the end again with a direct reference to the “Golden Circle” on the flipchart.

Finally the third story – and here too Sinek describes the situation in a few words: “In the summer of 1963 250 000 people showed up on the mall in Washington to hear Dr. King speak. They sent out no invitations, and there was no website to check the date – how do you do that?” Here, too, he refers to the “Golden Circle”, then he ends with a surprising interlude that makes the audience laugh: “And by the way: He gave the “I have a dream” speech, not the “I have a plan” speech.” What is striking in all stories: Sinek uses the rhetorical stylistic device of the anaphor, i.e. the repetition of the same or similar words. In this way he reinforces the effect of his statements. Three examples:

What can we learn from this? First of all, Simon Sinek obviously hit the zeitgeist with the topic of “Leadership”, it was just en vogue. Secondly, several rhetorical strengths come together here: He brings in three stories of well-known personalities and companies that provide a clear framework for the actual topic “Start with Why”. Sinek tells the stories figuratively, their meaning is immediately obvious, and he refers them again and again to the “Golden Circle” on the flipchart. Last but not least, he repeatedly uses amplifiers so that he adds more weight to his statements.

Thus Sinek ultimately succeeds in applying an initially theoretical treatise to real situations and thus in telling interesting stories. He concludes his talk with a strong statement encouraging further reflection and concrete action.

This shows that a well-prepared talk can underline the speaker’s expertise and set him apart from the average presentation.

Stories make science exciting again
Speeches create knowledge
Presenting successfully across the globe
Use Power to get to the Point with your Presentation
Strong end and a stimulating discussion
Presentation excellence: Top ten criteria
Structure your Speech. Your Audience will follow
What you need to consider for delivering lousy Speeches
0 replies 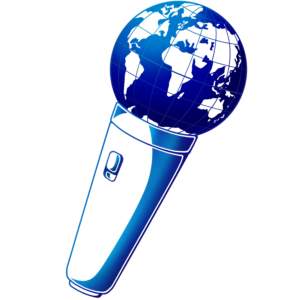